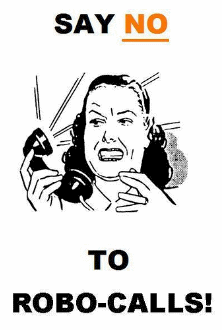 I received the following email from my friend, noted playwright Rick Foster. While it is not about technology per se, it struck a chord with me and I asked Rick if I could share it on this blog. I also pointed out that this is why he should have a blog of his own.

So I received an automated call this afternoon. A male voice asked if I would take a minute to answer a few very important questions.

The first question was whether I believed that “marriage should be allowed between only one man and only one woman”?

I cringed at the infelicitous phrasing and noted that the two placements of the word “only” within the phrase governed by the preposition “between” meant that the “onlys” modified just the following two words and not the whole prepositional phrase. So an accurate paraphrase of the question would be:

“Do you believe a marriage should be allowed if it involves only one man and only one woman?”

Ever vigilant to defend the chastity of my Lady of English Grammar, I suggested to the voice that the question did not accurately solicit the information it wished to obtain.

It informed me that unless I answered “yes” “no” or “repeat the question” it would hang up.

I asked to hear it again, just to make sure. It was as I remembered.

So I answered the question as asked, pretty sure that the owners of the voice would gleefully interpret my “yes” as meaning something that I don’t believe at all.

And I was right, of course. The voice, showing more indignation concerning what it went on to say than pleasure at receiving the answer it hoped for, asked if I knew that Republican Tom Campbell actually supports same-sex marriage.

I can’t say that I really knew that; but I was not surprised as I’ve always respected Campbell’s independence of mind and basic decency. So I lied and said that I did know that. You’re way ahead of me by now; I don’t have to tell you that it soon got down to asking me for money to help defeat Campbell. At this point I had a pang of regret that there was no human brain at the other end of the line to which I could express my opinion of Proposition 8 and those who fanatically support it.

The only question I’m left with is: Do the people paying for this fundraising intentionally misuse basic English in order to deceive the respondent? Or must we revoke their high school diplomas and all subsequently obtained certificates and degrees?