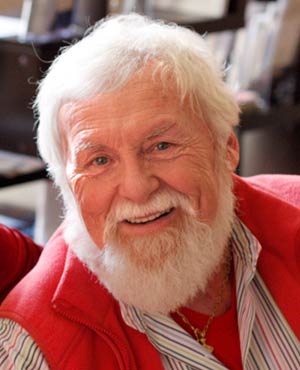 I recently spent two days in a grant proposal writing workshop with Harvey Chess, of The FTF Group. Harvey is very well known in the non-profit community around California and now I can see why. I gained an appreciation of the granting process that I never had before, partly because I had no particular need of it before. Now however, I’m gearing up to begin work on the Community Access Internet Project and I anticipate that it will be using grant money, hopefully lots of grant money. While trying to absorb as much as possible in two very full days, I became aware of parallels between Harvey’s approach to grant writing and what I have come to know about software and web development projects.

Know the difference between the means and the end

A theme that wove its way throughout the two days was reflective of what you hear quite often in social media circles: Focus outward; the outcome for the people you are trying to serve is more important than the project itself. To paraphrase Chris Brogan in this context, nobody cares about your stupid project. The people who participate and how they will benefit, now that’s something to care about.

If the end-user’s not happy, nobody’s happy

Trying to write a winning proposal without input from those who will participate in the program is like designing an application without talking to the people who will use it. That’s not to say that this is never done; it is, a lot. But it usually means that the project will later need to be rethought.

It’s tempting to propose that the benefit to people participating in the program is that they have participated in the program. Remember that benefits don’t accrue until after the program has been completed and some positive change has taken place in people’s lives.

Your organization is the proposal

This is probably Harvey’s central message and you can just as easily substitute “product” or “service” for “proposal”. What it means is that you have to know what you’re about. Unless an organization understands its mission, it’s goals, its raison d’être, it will not be able to successfully raise money. Understanding, in this case, means achieving consensus around these goals and then getting them down on paper.

Consider the following questions about your program (or product or service) and whether or not your organization can answer them clearly:

These are hard questions and I don’t yet know the answers to them in my own case. I also realize that I’m unlikely to be able to answer them by simply sitting down and thinking real hard. It will take working with others in our community to develop an understanding of what we hope to achieve. It’s a daunting task but one that I look forward to pursuing.