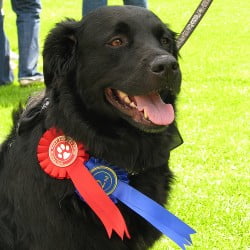 I got an email yesterday from Dropbox, the file sharing service, asking me to vote for them at the Crunchies. This is a program that I use every day and find very helpful, so I obliged them and while there, I voted in a few other categories. Here then, is a list of the programs that were worth my vote and that I can wholeheartedly recommend.

This drop-dead simple service allows for the synchronization of files between multiple computers. It uses software running on each computer to detect when files in the “dropbox” folder have changed and reflects those changes to an online server. Any other computers connected to this account will reflect the server changes in their own dropbox folder.

Favorite use: Designate a “public” folder to store all the PDFs, slideshows, videos, etc. that I want to make available for public consumption. Each is given a public URL that can be used as-is or shortened using a URL shortener like bit.ly.

The Chrome browser satisfies my need for speed. Program load time, page load time, online applications, all are noticeably snappier than the other browsers that I have available. Now that extensions are available (provided you are on Windows), it’s a viable alternative to Firefox or IE. Be warned however, that it’s still a very new and somewhat unfinished product. I haven’t yet recommended it to my mother.

Favorite use: Running other Google applications. Gmail, Google Docs, Calendar, etc. feel like they’re running locally, rather than in the cloud. I also really like that the search bar and the address bar are one and the same. Whatever you need, just type.

Word processor, spreadsheet, presentations; these are the big 3 document production applications. Most people have had them on their computer, in one form or another, since the 80s. Moving them online however, brings them into the 21st century. For anyone who works on more than one computer, the benefit of centrally located and sharable documents far outweighs the (mostly minor) feature limitations of Google Docs.

Favorite use: The shared grocery list that my wife and I update throughout the week and then print out to take to the store.

Aardvark is a question and answer application that communicates via web, IM, email, Twitter, or iPhone. Ask a question and you’ll begin receiving answers from real people within minutes. Tell them your areas of expertise and from time to time the system will ask you to answer specific questions submitted by others. The IM interface (which is what I use) is especially friendlyand understands responses like “accept”, “busy” or “pass”.

Favorite use: It feels great when you’ve taken a few minutes out of your day to successfully answer someone’s question. They are usually very appreciative.

Easy but not simple. Broadcast 140 characters at a time to anyone who cares to listen. Twitter is such an elusive thing that I’ll drag out my party analogy: Think of Twitter like a crowded party. The conversations flow around you and you can choose which ones to focus on and where to join in. If you’ve chosen your party (the people you’re following) well, this can be both entertaining and informative. If you’re at a party with a lot of obnoxious drunks…well, that can be less pleasant. Remember, you get to choose who you follow. If someone follows you and you don’t follow them back, it’s like they don’t exist. If you follow someone who you later decide to un-follow, they’ll get over it.