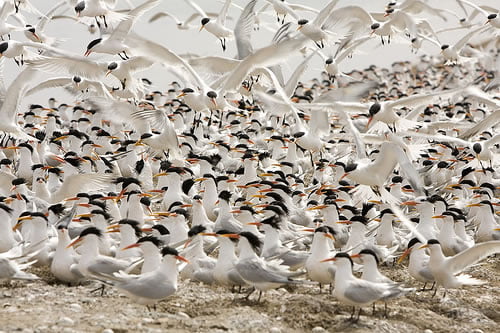 The following is cross-posted on Annie Hart’s blog, Stories Change The World, with thanks to Annie for requesting a guest post.

Twitter is pretty darned geeky. It’s full of symbols and jargon and half the time you can’t even tell if you’re being tweeted by a human or a robot. People wonder, with good reason, how they can possibly get anything useful, let alone humane, out of the untold number of tweets that pass through the system every day.

The first thing that I tell new Twitter users (after, “you won’t know if it’s a stupid idea or not until you try it”) is that they don’t have to read every tweet that comes through their account. Everything prior to a few minutes ago is water under the bridge. Unless it mentions you or is a direct message to you, in which case you need to keep track of and respond to it. Every Twitter client and the web site makes this easy to do.

Next, you need to follow a group of people who you find interesting or with whom you have common interests; people who you would like to talk to. Think of Twitter like a crowded party. The conversations flow around you and you can choose which ones to focus on and where to join in. If you’ve chosen your party (the people you’re following) well, this can be both entertaining and informative. If you’re at a party with a lot of obnoxious drunks…well, that can be less pleasant. Remember, you get to choose who you follow. If someone follows you and you don’t follow them back, it’s like they don’t exist. If you follow someone who you later decide to un-follow, they’ll get over it.

When you do decide to join a conversation, knowing some of Twitter’s somewhat quirky conventions will help you be better understood.

Once you do start talking on Twitter, be a good conversationalist. You want people’s response to your tweets to be either, that was helpful or that was interesting or both. It’s not always easy to write stories in 140 characters or less but it can be done with practice. Here are some good examples:

Rain in DC this morning is mean to all who pass. The bones in my feet will be cold all day.
@jdickerson

Didn’t realize I flew in on the same flight as @tmonhollon from Oklahoma. Okies represent! #bwe09
@BeckyMcCray

Breaking: Tipped off by Stockholm that he was about to be branded euro-wimp peacenik, Obama ordered NASA to bomb moon.
@Roland_Hedley

Be nice, give credit where credit is due and remember, more than 20 tweets a day and people will think you have way to much time on your hands.